What is the 'Max Headroom Incident' that is still handed down as the largest radio jack in history? 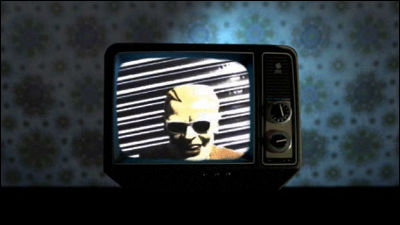 The most famous radio jack on TV is the 'Max Headroom Incident ' in Chicago, USA. The mystery of who hacked television for what is still a mystery, and even after a quarter of a century, it is still of interest to many.

The Mystery of the Creepiest Television Hack
https://www.vice.com/en/article/pgay3n/headroom-hacker

At 9:16 pm on November 22, 1987, the video was suddenly interrupted on 'The Nine O'Clock News' broadcast by WGN-TV in Chicago, and a video of a man wearing sunglasses laughing eerily was shown. I did.


The character of this eerie mask is the CG character ' Max Headroom ' produced by 'Channel 4' in the United Kingdom, and the mysterious video that suddenly appeared was not only the Chicago citizens who were watching TV, but also the people involved in the program. I'm just confused. The confusion at this time can be seen from the comment and bitter smile of program commentator Dan Lawn, 'Did you wonder what happened? I am too.'

Just two hours after this strange broadcast accident, Max Headroom will reappear in the drama 'Doctor Who' being broadcast by WTTW at 11:15 pm.


Max Headroom appears in the middle of the drama. 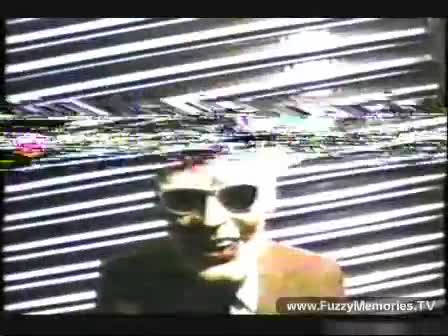 Unlike when it first appeared, there is also audio this time. However, about half of what I'm talking about is unclear. 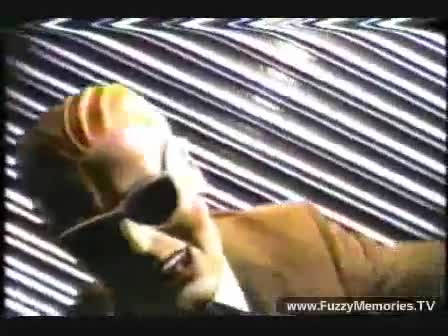 Singing the theme song of the anime ' Clutch Cargo' ... 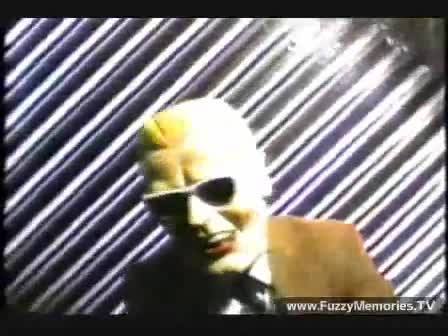 Shake your head and it's crazy. 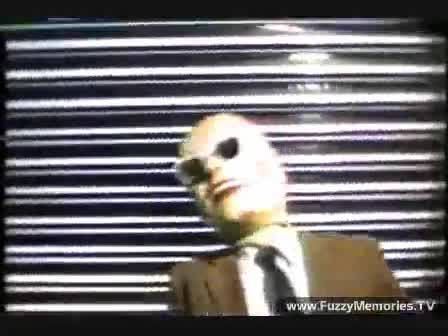 While saying, 'My brother is wearing different things,' he takes out the dirty gloves. 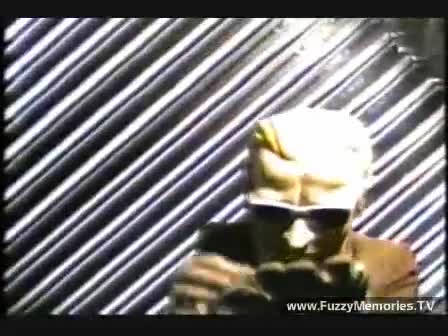 Max removes the mask when the screen changes. On the right side of the screen is a woman holding something like a fly swatter. 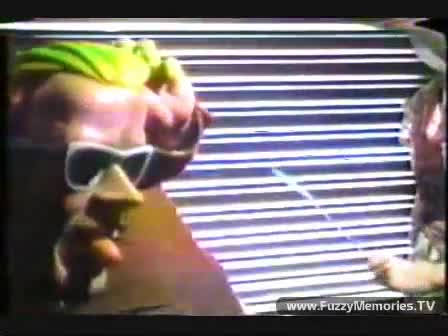 It's a surrealistic scene where a woman crackles Max with her ass out. 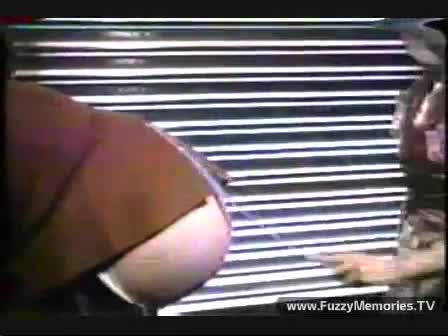 Max's second radio jack lasted for a long time of 1 minute and 22 seconds, and it is said that the call from the viewer did not stop ringing at the broadcasting station. This broadcast accident (Max Headroom incident) was taken up by news programs of various stations in the United States the next day, and the mysterious mask man named 'VIDEO PIRATE' gathered the public's attention.

The Federal Communications Commission (FCC) and the Federal Bureau of Investigation (FBI), which are responsible for the regulation of broadcast radio waves in the United States, immediately launched an investigation, and the radio jack by Max Headroom was committed by someone with expertise in broadcasting. It turns out that there is. Broadcasters were building a system called Studio Transmitter Link (STL) that sends signals from a high-rise building with a studio to transmitters in various places in order to transmit video over a wide range. It became clear that it succeeded in confusing the transmitter of the broadcasting station building and transmitting its own signal by exposing it to a signal with a high output frequency that overwhelms the microwave of STL.

The FBI has determined that the criminal is a tech-savvy person, perhaps a broadcast technician, but has not been able to obtain solid evidence. Michael Marcos, who compiled the FBI investigation report for the Max Headroom case, recalled, 'The Max Headroom case is not highly regarded as dangerous because it was not dead and there was no damage that seemed to be damaging. , There were too few investigative resources. ' After all, the criminal was never found, and the 'Max Headroom Incident', which has been handed down as the biggest broadcasting accident in history, is still a mysterious incident even after a quarter of a century, and the search for the criminal is still on the Internet. It is actively done.

Rick Kline, founder of the Classic Chicago Television Museum, says the Max Headroom incident was the shocking one since the

movie WarGames. At the age of 13, he said he was thrilled to play a videotape of the incident over and over again. Mr. Klein uploaded a movie of the Max Headroom incident to YouTube, and it seems that it has been played more than 2 million times so far, and it is clear that there is still a lot of interest in the incident. Mr. Klein is still searching for the criminal in the Max Headroom case. The Internet is full of uncertain information about the criminal. A recently talked-about source is the strange story of a programmer with the handle Bowie J. Pogue written on reddit. Mr. Pogue, who was a 'nerd boy' in modern times, was often attending a gathering of hackers in his hometown of Chicago at the time of the Max Headroom incident, where he was impressed by the fact that he met his brothers named J and K. I heard that I remember it. In contrast to his sociable brother K, who works for a telephone company, his younger brother J, who stays inside, has a strange appearance with colored glasses and a unique way of speaking, but he is very intelligent and radio waves. He had a great deal of knowledge about electronics.

On November 22, 1987, when the Max Headroom incident occurred, the Pogue boy attended a nerd rally held at the KJ brothers' apartment, and it seemed that people were gathering around J. , I couldn't get into the topic. When I asked K about the topic after the breakup, he just said, 'I'll be watching channel 11 until late tonight.' When he saw Max Headroom appearing on channel 11, Pogue said he quickly realized that it was J's work.

Klein said Pogue's post is insignificant because there is nothing to prove the facts, but he welcomes information about such criminals. That's because someone who is inspired by one piece of information may give out more useful information. Mr. Klein said that the culprit was probably a television person, but 'It's no wonder that at the time of the incident, the secret wasn't leaked from the sense of crisis that if you talked about something wrong, you could lose your job. I believe the mystery can be solved. '