What is the method of `` sign stealing using Apple Watch '' that was rampant in the past? In Major League Baseball (MLB), the world's highest professional baseball league, `` sign stealing '' using Apple Watch became a big problem in 2017. This is an easy-to-understand diagram of how some teams used Apple Watch to steal signs.

Apple Watch and Cheating in Baseball - The Watch Doctor
https://blog.watchdoctor.biz/2018/10/29/apple-watch-and-cheating-in-baseball/

'Sign stealing' is the act of stealing the sign that the catcher shows to the pitcher in baseball or the sign that the coach shows to the runner on the base and conveys the contents to the player. For example, by stealing the catcher's sign, it is possible to know in advance what type of pitch the pitcher will throw next, which is a great advantage for the batter. Signs are basically displayed in a visible place, so even if you do not understand the content, they may be seen, but it is not possible to communicate this sign to the players, coaches, and managers on the field and bench from the outside. is expressly prohibited. 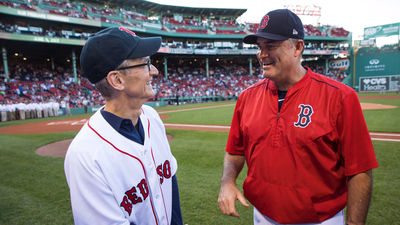 The figure below summarizes how the sign was actually stolen using Apple Watch.

If there is a runner on second base, the catcher will disguise the contents of the sign because there is a danger that the second base runner will spy on the sign. 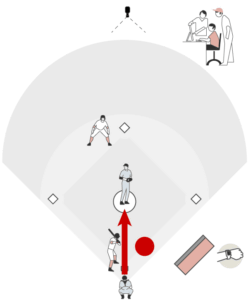 During the game, the Red Sox check the replay image of the center camera placed on the field, match the catcher's signature with the type of pitch thrown by the pitcher, and analyze the contents of the signature when there is a runner on second base. . 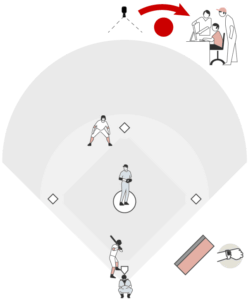 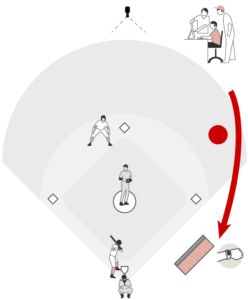 The analysis result of the sign is transmitted from the coach on the bench to the second base runner with a hand sign ...... 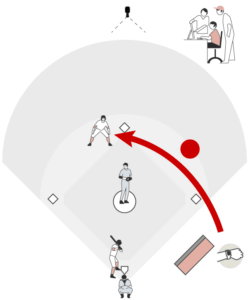 In addition, the runner on second base signs the batter so that the pitcher can understand in advance which type of pitch to throw next. Clearly, knowing what type of pitch will be thrown next is a huge advantage for top MLB hitters. 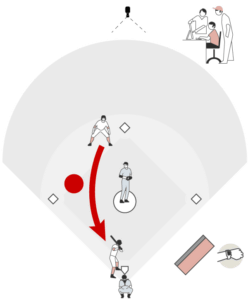