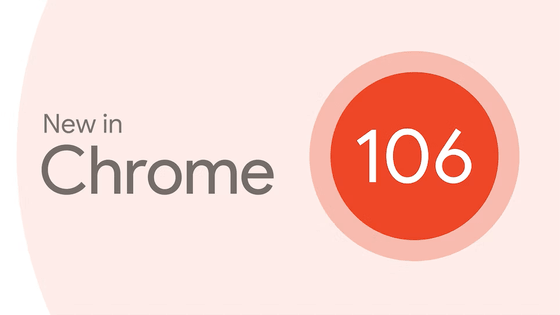 Version 106.0.5249.62 (Windows version, macOS version / Linux version 106.0.5249.61), the latest stable version of the web browser 'Google Chrome', has been released. In addition to the addition of units specialized for CJK font sets, the function to conveniently specify numerical formats has been expanded, and the mechanism to implement pop-up screens more easily has entered the origin trial, making web development more comfortable. Additional functionality has been added.


Add 'ic' to the unit of length in CSS
The units used to specify the size of HTML elements in CSS already exist, such as `` px '' and `` em '', but the unit `` ic '' is added to these . This is based on the rendered size estimate for the 'water' glyph, which should be included in any CJK fontset . In other words, this is a full-width glyph-specific version of 'em', and in situations where the size of 'water' cannot be predicted (such as when a fontset that does not have a 'water' glyph is specified), this unit is 'em'. is equivalent to By implementing this unit, it seems that there is a possibility that size specification when designing a Japanese site will become convenient. You can check the specific usage and effects of 'ic' on the following site after updating Chrome. 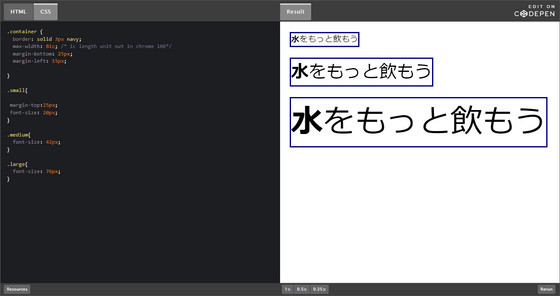 With these implementations, it is expected that the localization of numerical expressions will become easier and the threshold for multilingual support will be lowered.

Support for SerialPort BYOB readers
By using a BYOB (bring your own buffer) reader, you can specify the buffer into which data is read without the stream allocating a new buffer for each chunk. Not only does this potentially reduce memory pressure, it also means that the amount of incoming data can be throttled, as the stream cannot return more space than it takes up in the provided buffer.

Encoding/decoding work is queued when the encode() or decode() methods of these interfaces are called. The 'dequeue' event fires when WebCodecs has taken some or all of the queued work (that is, the work has been released from the queue). The implementation of this event frees you from writing code that periodically polls to see if the queue has decreased.

◆ Abolition of Permanent Quota
Deprecated support for the Window.PERSISTENT quota type used in parameters of the Window.requestFileSystem() method . Although there is some benefit in supporting this type, it is expected that the usage rate will decrease in the future because it is only used by the deprecated method Window.requestFileSystem(), and it uses a permanent quota. And it seems that the fact that it interferes with the partitioning work of the storage also pushed the abolition.

◆ Deprecated functions
In addition to the persistent quotas mentioned above, the following features have been deprecated and will be removed:

The next stable version of 'Google Chrome 107' is scheduled to be released on October 25, 2022, local time.