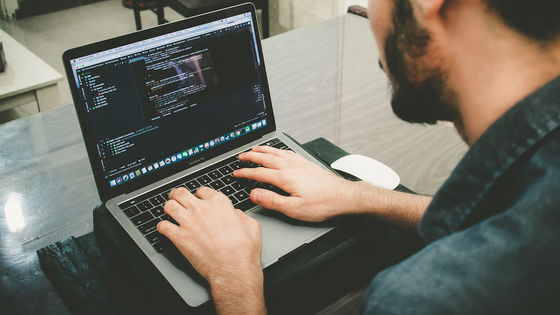 Someone is pretending to be me. 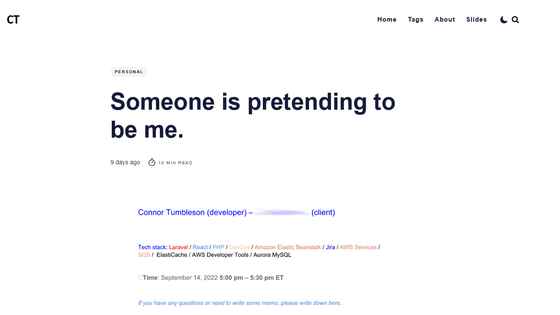 Someone is pretending to be me | Hacker News

On September 14, 2022, Mr. Tumbleson received an incomprehensible contact from a person calling himself Andrew, ``There was a story about impersonating you and trying to get me to interview.'' A Word file was attached to the email, and when I checked the contents in a safe environment, I found that it was a cheat sheet that someone would use to behave as Mr. Tumbleson.

The paper contained Mr. Tumbleson's educational background, work history, qualifications, and information about the company he was interviewed for. The email address is the one used by Mr. Tumbleson, just with '2' at the end, and the address is the house that was for sale in Tampa, Florida, where Mr. Tumbleson actually lives. It was

When Mr. Tumbleson contacted Andrew and asked him about the situation, he found out that the client did not have the same background as Mr. Tumbleson because the client was not very good at English, so when he made a voice call with the client, Andrew I understand that you have tried to act on your behalf.

Since the cheat sheet contained information on the date and time of the interview and the URL, Mr. Tumbleson first entered the Zoom interview where the fake Connor Tumbleson would come. I quickly explained to my client that I was the real Conor Tumbleson and had not applied for the job. Furthermore, I tried to get fake information from the client, but in the meantime, the fake logged in to Zoom.

The client changed Mr. Tumbleson's display name and avatar, turned off the video and let him remain on Zoom, so Mr. Tumbleson was present in the fake interview. Mr. Tumbleson's self-introduction was a direct copy of the cheat sheet, and Mr. Tumbleson, who couldn't stand the fact that someone was talking about the achievements he had built up so far, changed his display name to I went back and turned the camera on and interrupted and asked what they were doing. Then, the fake Tumbleson immediately left the room.

Talking with the client, it turns out that the fake Tumbleson applied through the business matching service Upwork. In this way, Upwork had a profile page for Mr. Tumbleson, who was not registered by Mr. Tumbleson himself. Mr. Tumbleson expects that this is something that someone exported the contents of LinkedIn. 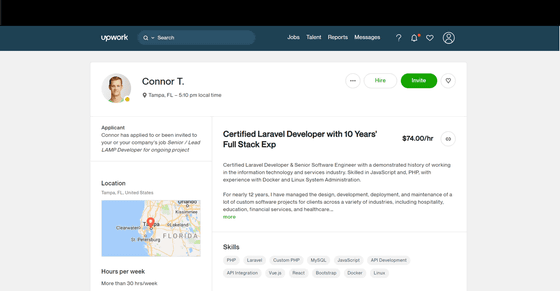 in short,
・A person or company creates a fake profile page of a real person on Upwork.
↓
・Using a fake profile to apply for a job and get an appointment for an interview
↓
・Recruit interview help on GitHub
↓
・ If you pass the interview, you can get a job with someone else's background
So there is a mechanism.

Mr. Tumbleson, who continued further investigation, found that there was a company called 'PND Design' behind this movement. It's a name like a design company, but the design of the company's official website is completely unimpressive, and when I checked the past appearance using InternetArchive, I found that the name was 'PND Development'. The company is based in Madison, Wisconsin, which matched what was listed on LinkedIn. PND Design's phone number is from Panama, and Mr. Tumbleson tried to contact him but was unsuccessful.

It is unknown how many fake Connor Tumblesons have gotten jobs using Mr. Tumbleson's career so far. Mr. Tumbleson said he is horrified that there are still attempts to recruit a fake Conor Tumbleson using his name, background and achievements, and plans to continue investigating. is.